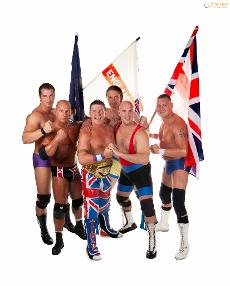 Don’t miss another action packed championship line up! Featuring top British title holders who will face a host of international wrestlers, including stars from the USA, who promise to bring some American razzmatazz to Aldershot wrestling fans in this star studded bonanza.

Come and enjoy the Big Time atmosphere of super slam action and celebrate the companies 45+ year reign as Britain's longest and most recognised wrestling organisation in the country.